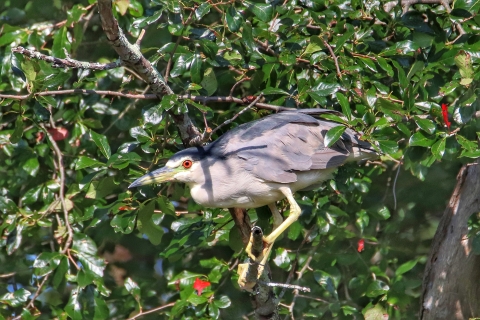 These herons can be found using the refuge to feed, roost and nest. Most sightings occur when the birds are flying or roosting in trees and shrubs. When the water levels are low and fish are abundant, the birds’ tactic for feeding is to stalk their prey – standing motionless in or along the water’s edge waiting for fish to come within reach to grasp it in their sharp-edged bill. They are nocturnal and feed primarily during crepuscular periods (dawn and dusk). 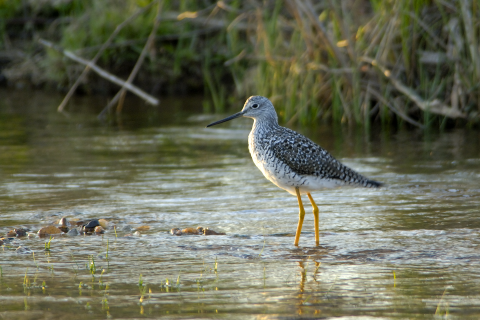