After years of severe drought in the Canadian prairies, wetland conditions have vastly improved in southern Manitoba and southeastern Saskatchewan, following a fall and winter with average to above- average precipitation. Old Man Winter was still clinging to the eastern Canadian prairies upon my arrival, and decided to stick around a bit longer despite my delayed arrival on the scene. On my trip west from Maine, I saw ice-bound lakes and persistent snow throughout northern Minnesota and North Dakota. Southern Manitoba greeted me with a mix of snow, ice, severe flooding in the southeast, and of course those relentless and gusty prairie winds! The larger lakes including Lake Manitoba and Lake Winnipeg, were completely ice-bound until later in May.

Spring conditions have continued to provide above average rainfall, which will benefit the majority of this area, especially the drier regions along the Saskatchewan-Manitoba border, while worsening the extreme flooding that is now occurring in parts of southeastern Manitoba and the Red River Valley. You will better understand why the flooding in this part of the region is so extreme when you view some of the pictures. The Red River Valley (south of Winnipeg) was heavily developed for agriculture, so the wetlands have been drained, and there is very little riparian riparian
Definition of riparian habitat or riparian areas.

Learn more about riparian and wetland habitat left. These conditions severely limit how the landscape can deal with above average levels of precipitation.

However, the increased precipitation is a benefit to waterfowl habitat in most areas.  The southern Manitoba and southeastern Saskatchewan survey area has seen a rebound in the water levels of permanent and semi-permanent wetlands. Seasonal wetlands are once again abundant, sheet water is prevalent, and ditches, canals, and dugouts are full in all areas strata. In addition, the late spring, wet conditions, and persistent frost layer, delayed agricultural activities, which may benefit breeding birds as well. Productive wetlands are full and maintaining sufficient margins of vegetation to provide nesting habitat and the cover needed for a successful breeding season. 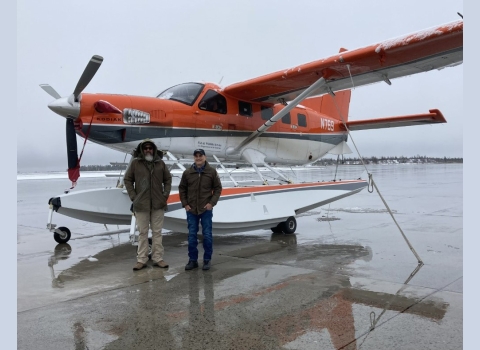