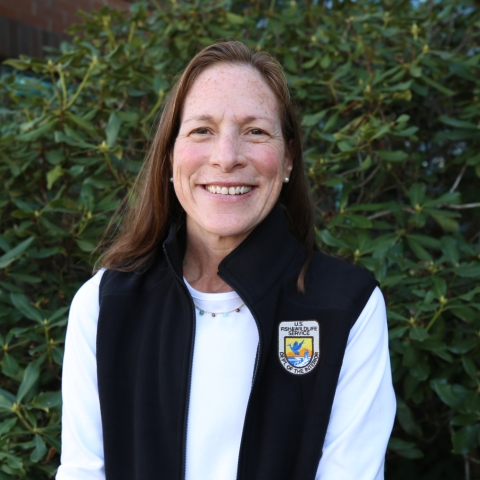 As Deputy Director of Operations, Wendi Weber oversees the day-to-day operations of the Service, including providing executive direction through the Regional Directors, Native American programs, Diversity and Inclusion, and the National Conservation Training Center. Throughout her career, Wendi has been an outspoken advocate for increasing the Service’s diversity and she brings that energy to the Director’s office in support of our efforts to build a more inclusive work environment supporting a diverse, engaged workforce and providing equitable access to all our programs, facilities and lands.

Wendi Weber has spent more than 24 years working for the Service in various roles since beginning her career as a biologist in our International Affairs program. She has extensive experience working on Ecological Services issues in both headquarters and the regions, including as Assistant Regional Director – Ecological Services in the Midwest Region from 2004-2007. Wendi remains a leader on these issues, particularly in her collaborative work with the States and other partners to conserve at-risk species.

From 2007 - 2022, she worked in the Northeast Region, first as Deputy Regional Director before being named Regional Director in 2011. Wendi has extensive experience working on regional and national level operations, policies, and issues for all Service programs. As Regional Director, Wendi prioritized collaborating with Tribes, states, NGOs, industry, private landowners, and other federal agencies to advance conservation.

Wendi is originally from Rochester, New York. She has a bachelor’s degree in zoology from the University of Rhode Island and a master’s degree in fisheries from the University of Georgia.  Prior to joining the Service, Wendi worked for the states of Florida and Georgia as a field biologist. In 2018, she was awarded the Robert McDowell Award for Conservation Management Excellence, which is the Northeast Association of Fish and Wildlife Agencies’ highest honor. She also received the Theodore Roosevelt Government Leadership Award in 2019 recognizing her excellence in management of programs and policy implementation.

Priority document for the Northeast Region