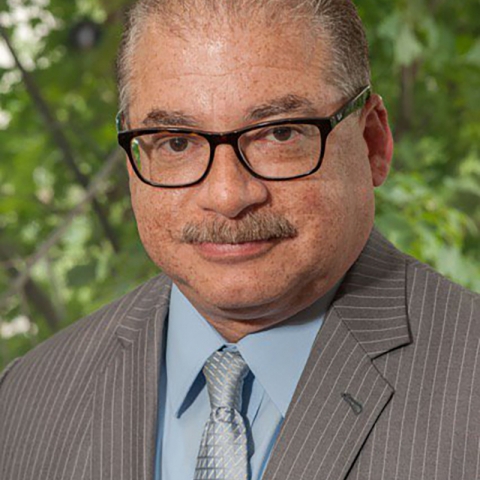 Bryan Arroyo serves as Assistant Director, International Affairs. In this capacity, he oversees the Service's work to coordinate domestic and international efforts to protect, restore, and enhance the world’s diverse wildlife and their habitats with a focus on species of international concern, including domestic species that extend beyond our borders or are traded internationally.

Bryan most recently served as the Service's Deputy Director of Operations, overseeing the day-to-day operations of the Service, including providing executive direction through the Regional Directors, Native American programs, Diversity and Inclusion, and the National Conservation Training Center.

Prior to that, Bryan served as Deputy Director in the Department’s Office of Environmental Policy and Compliance where he provided leadership and guidance on the utilization and conservation of natural, cultural, and historical resources.

With over 30 years of experience, Bryan has served at field, regional and national offices of the Service.  Prior assignments include a 1990 appointment as a student trainee with the Service’s field office in Arlington, Texas.  After completing his graduate degree in 1991, he was appointed to a full time permanent position in that office and then transferred to the Service’s field office in Austin, Texas. In 1994, he transferred to the Service’s headquarters office in Arlington, Virginia. He has served on special assignments as Field Supervisor in Panama City, Florida and as Deputy Regional Director in Region 3.

In May 2006, he received certification for the Department of the Interior’s Senior Executive Service Candidate Development Program. As part of the program, he completed developmental assignments with the National Association of Home Builders and the White House’s Council on Environmental Quality in Washington, DC. He also completed Harvard University’s Senior Executive Fellows program.

Born in New York City and raised in his parent’s native Puerto Rico, Bryan attended the public school system in Puerto Rico, graduating from Ponce High School in 1982. He attended Catholic University of Puerto Rico and graduated in 1988 with a bachelor’s degree in science with a major in biology. In 1991, he earned a master’s degree in science with a major in zoology from the University of Arkansas. He is married, has two daughters and a granddaughter. Bryan is an outdoor enthusiast and particularly enjoys fishing, hiking, and nature photography.