The District Headquarters and Visitor Center is located at: 3275 11th St NW, Coleharbor, ND 58531.  Please visit the Visitor Center to learn more about this Refuge.

The Prairie Pothole Region (PPR) is an important breeding area for migratory birds, and is often credited with producing 50-70% of North American Waterfowl. The Refuge protects critically important nesting grounds for several groups of migratory birds including waterfowl, song birds, wading birds, and secretive marsh birds. In the 1930s and 40s, a sharp decline in many migratory bird species prompted swift action to recover many of these species. Many refuges in the PPR were established through presidential executive orders to protect and enhance migratory bird nesting areas. 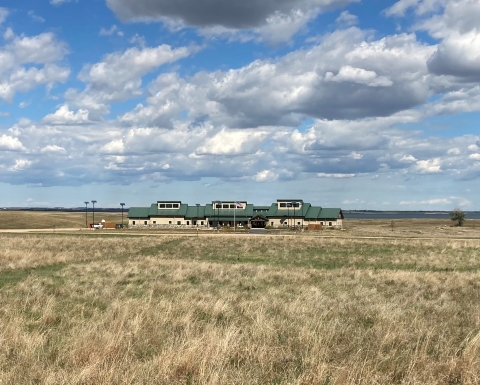 The U.S. Fish and Wildlife Service manages an unparalleled network of public lands and waters called the National Wildlife Refuge System. With over 565 refuges and 38 wetland management districts spanning the country, this system protects iconic species and provides some of the best wildlife viewing opportunities on Earth.

Lake Nettie is a haven for waterfowl and other water birds, with several thousand geese and ducks using the Refuge habitats during spring and fall migration periods.