“Aquatic restoration projects funded by President Biden’s Bipartisan Infrastructure Law are important examples of how nature-based projects can enable ecosystems and communities to be more resilient to climate change climate change
Climate change includes both global warming driven by human-induced emissions of greenhouse gases and the resulting large-scale shifts in weather patterns. Though there have been previous periods of climatic change, since the mid-20th century humans have had an unprecedented impact on Earth's climate system and caused change on a global scale.

These are the first projects to break ground of 40 fish passage projects funded through the Bipartisan Infrastructure Law in fiscal year 2022. In total, the Law makes a $200 million commitment over the next five years to removing in-stream barriers, restoring rivers and conserving our nation’s aquatic resources under the National Fish Passage Program.

The first project to break ground, a bridge over the Little Tonsina River in the Valdez-Cordova Borough, will open more than 70 miles of salmon habitat with $1.3 million from the Infrastructure Law. This project will remove an undersized, double barrel culvert on the Little Tonsina River and support the creation of a two lane, 100-foot bridge spanning the channel and floodplain on Burma Pit Road near mile post 74.2 of the Richardson Highway. The new bridge will utilize the Service’s comprehensive Alaska design guidelines for building road-stream crossings that have fish and flood resiliency in mind.

During a storm in 2006, the site’s existing bridge and river culvert were overwhelmed and washed downstream, where they still sit in the riverbed today. Removing the old culvert and replacing the existing bridge will open up 70.4 miles pristine Coho and Chinook Salmon spawning and rearing habitat that lie above this barrier which eventually meet Alaska’s Copper River, one of the world’s most important sources of salmon.

The second project, in Gustavus Alaska, will see a 60-foot glulam timber bridge installed over the Harry Hall Creek, a tributary of the Good River. The bridge will replace an existing culvert that has become too elevated, impeding fish passage – and is the last of eight other bridges to be set as part of a 10-year effort to reconnect the river’s entire watershed. This will complete the effort to provide unimpeded access to six miles of rearing habitat for juvenile coho salmon. In addition to salmon, Dolly Varden and coastal cutthroat trout use this creek. 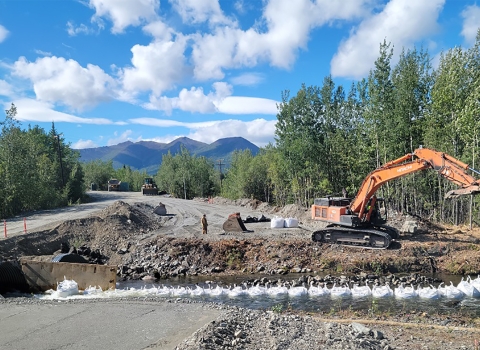 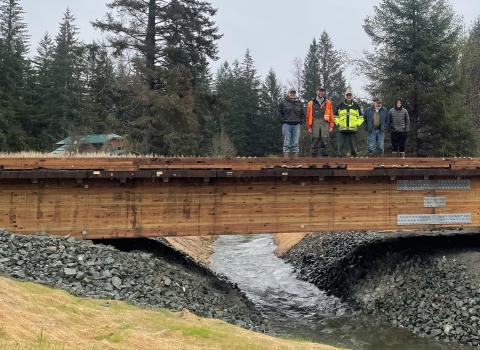