Lahontan cutthroat are the only trout species native to Lake Tahoe, yet they completely disappeared from that ecosystem by the 1930’s. This was mainly due to sweeping shifts in natural resource management, like logging and overfishing from early settlement in the West in the 1900s.

As numbers of Lahontan cutthroat trout dwindled, their position as top predator in Lake Tahoe was backfilled by stocked nonnative sportfish such as lake trout, rainbow trout and kokanee salmon. The cutthroat continued to decline across its range and was eventually listed under the Endangered Species Act in 1970. Since listing, the U.S. Fish and Wildlife Service has been developing and implementing strategies to help the trout return home.

The 12-14 inch, colorful fish were released from a large holding truck, through a stocking tube. The trout could be seen darting through the clear, crisp alpine lake, and even ran into a few spectators legs as they swam to freedom.

Stocking will enhance angling opportunities in Lake Tahoe and improve visibility of this important native trout in local communities and for those recreating in the area.

The hatchery followed up with a second stocking on Oct. 6, at the same location near Kiva Beach along Lake Tahoe. Over the course of the Fall Fish Festival, several hundred people watched the hatchery reintroduce the native Lahontan cutthroat trout into Lake Tahoe.

For Heki, the event is a highlight of her career. “It was exhilarating to see the native trout return to their home waters in beautiful Lake Tahoe after years of working for this moment,” she said. “Sharing it with the enthusiastic and supportive people of Lake Tahoe made it truly special and encouraging for the future of this unique trout.”

A third and final stocking effort was held on Oct. 7, 2019 at Sand Harbor State Beach in Nevada in partnership with Nevada Department of Wildlife.

A total of 5,000 fish were released over the course of three days, all with the adipose fin clipped to help anglers identify stocked fish. About 2,000 of these fish also received an external tag known as a “floy tag.” The tags encourage anglers to call a hotline and report the stocked fish along with as much information as possible about the catch.

“The data gathered from the floy tagged fish will help us understand how Lahontan cutthroat trout are using habitat in the lake,” said Nevada Department of Wildlife Fisheries biologist Travis Hawks. “This information will be crucial in the future recovery of the species in the Tahoe Basin.”

Reports from the public will assist Nevada Department of Wildlife and the Service in collecting data and information about the movement and survival of these fish after release. 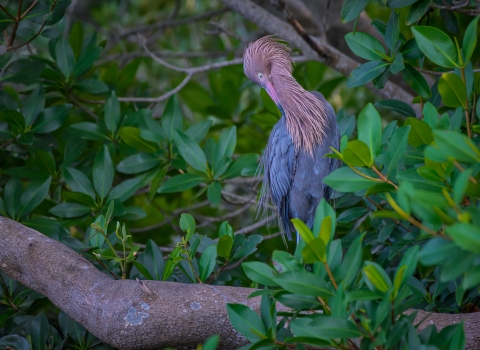 Mangroves on the Move 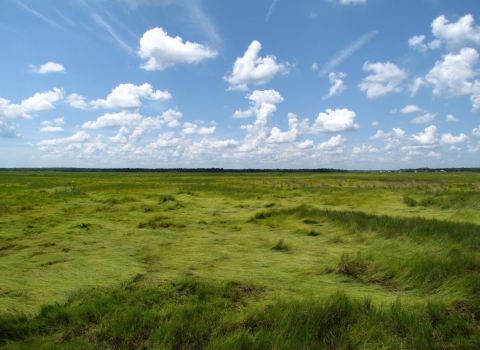