B-roll and photos available for media use at: https://flic.kr/s/aHskUkNP3d 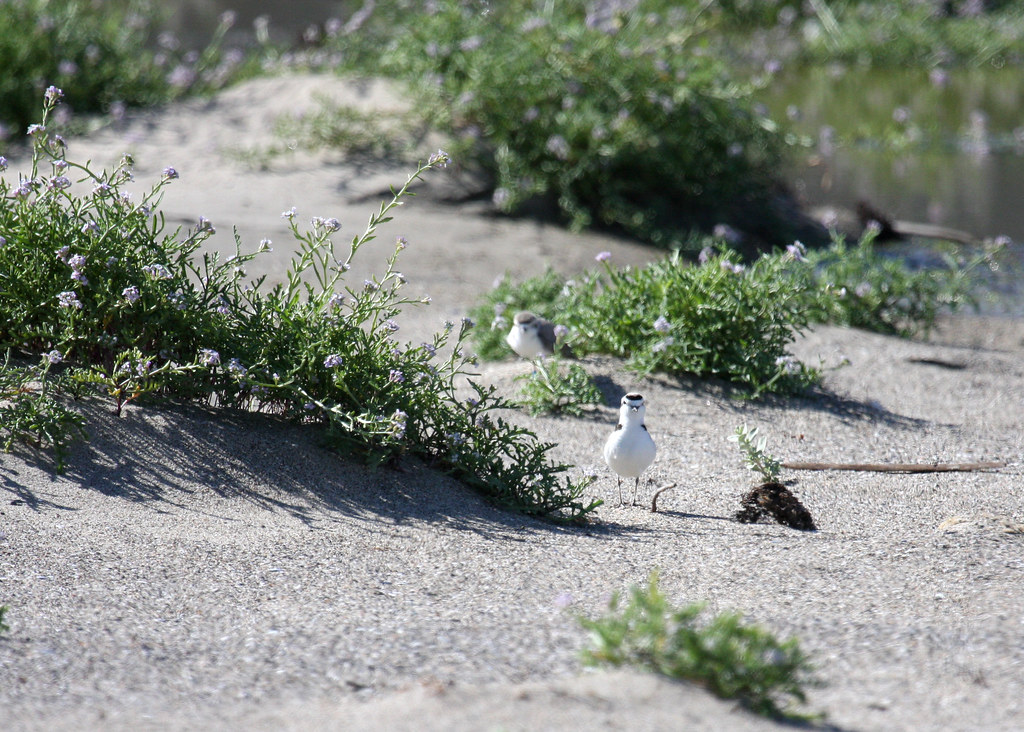 The first nest was found on April 18 on Santa Monica State Beach, followed by discovery of a nest on Dockweiler State Beach on April 27, and two nests on Malibu Lagoon State Beach on April 28 and May 4. The nests were discovered by monitors with Los Angeles Audubon and The Bay Foundation. Following their discovery, U.S. Fish and Wildlife Service (Service) biologists installed small wire cages around each nest to protect the eggs from predators and human disturbance.

“This is a sign that, against all odds, western snowy plovers are making a comeback, and we really need the cooperation of beachgoers to help give them the space they need to nest and raise their young,” said senior fish and wildlife biologist Chris Dellith with the Service’s Ventura Fish and Wildlife Office. “I’m hopeful that we can find a balance between beach recreation and habitat restoration, which will allow humans and shorebirds like the western snowy plover to peacefully exist along our coastline.”

While the Santa Monica State Beach nest was lost as a result of high winds and one of the Malibu Lagoon State Beach nests was lost for unknown reasons, the remaining two nests remain viable.

Although western snowy plovers use beaches in Los Angeles County for roosting during the winter, the last documented active nest in the county was in 1949 at Manhattan Beach.

The Pacific coast population of western snowy plover inhabits the coastline from Baja California, Mexico, north to Washington. Plovers are about six inches long and weigh up to two ounces. Breeding and nesting season extends from March to September. They lay their eggs in small depressions in the sandy area of beaches with easy access to the water.

Following the species listing under the ESA, numerous conservation partners have come together to support plover recovery, including restoring habitat and managing nesting areas to minimize disturbance to the birds.

The original Santa Monica State Beach nest was located in a 3-acre area being restored to a healthy coastal ecosystem by The Bay Foundation and City of Santa Monica to improve natural shoreline habitat.

The plover nests on Malibu and Dockweiler state beaches are located within partially fenced areas, but remain at risk of disturbance. To ensure the eggs and future chicks have the best possible chance of survival, the Service asks beach goers to follow a few simple guidelines:

The mission of the U.S. Fish and Wildlife Service is working with others to conserve, protect, and enhance fish, wildlife, plants, and their habitats for the continuing benefit of the American people. We are both a leader and trusted partner in fish and wildlife conservation, known for our scientific excellence, stewardship of lands and natural resources, dedicated professionals, and commitment to public service. For more information on our work and the people who make it happen, visit http://www.fws.gov/ventura. Connect with our Facebook page, follow our tweets, watch our YouTube Channel and download photos from our Flickr page.