Monarch butterflies travel hundreds of miles each fall to bask in the warmth of secluded eucalyptus, Monterey pine and coast live oak groves along the central California coast. They cluster in the hundreds and even thousands, appearing as a mass extension of the trees upon which they rest.

“Hopefully, more are coming,” says Charis van der Heide, volunteer with the Xerces Society, who has counted monarchs at this site and others along the central California coast for about five years. “The peak time for overwintering Monarchs butterflies in this area is January. It seems the peak time can shift due to weather and temperature each year.”

Van der Heide trained a team of U.S. Fish and Wildlife Service biologists at Ellwood Mesa on monarch butterfly count techniques this December in an ongoing effort to build a network of monarch monitors to participate in annual counts across the coast. 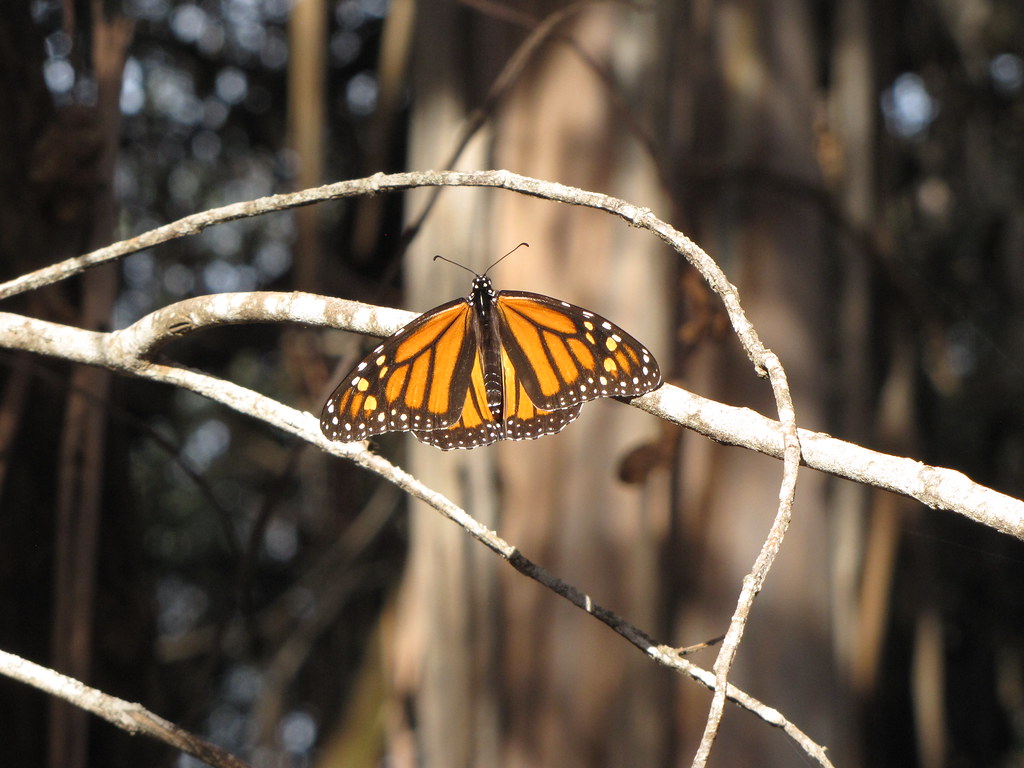 Biologist Eric Morrissette peers upwards with his binoculars towards the canopied blue sky, scanning a large cluster of roosting monarchs on the southeastern edge of the grove. While silently crunching numbers as he scans his field of vision, he notices something distinct against the familiar orange, black and white pallet. “Tag!” he exclaims as he ushers his fellow biologists to where he stands. “Follow the line of that branch as it curves around, and you’ll see it. A round, light blue sticker with black lettering.”

In a cluster of thousands, Morrissette has spotted a tagged monarch butterfly. With her spotting scope, Van der Heide is able to make out the numbers on the tiny tag which is less than two centimeters in diameter. Charis sent news of the recovery to the email address neatly printed on the minute tag and Gail Morrs with the Southwest Monarch Study quickly responded with the news that this particular monarch has traveled than 300 miles due south of its origin in Gardnerville, Nevada, where it was tagged as a freshly enclosed female on September 26. Arriving in late November to the grove, this butterfly flew at least four miles per day – likely over the middle of the Sierra Nevada Mountains - to reach its wintering destination in Goleta, California, where it will remain until mid-February.

The decline in monarch butterflies over the past two decades has prompted a #SavetheMonarch campaign by federal, state and non-governmental partners, encouraging people and communities to plant native milkweed, cultivate native nectar plants, and avoid the use of pesticides to help support the recovery of monarch populations on the West coast. In Ventura County, the Service’s Schoolyard Habitat Program encourages students and teachers to plant butterfly -friendly habitats. The Service is also working with California Department of Transportation to seek opportunities to plant native nectar plants, a critical source of fuel for migrating monarchs, along road right-of-ways.

Looking to the future, monitoring monarch butterfly roost sites like Ellwood Mesa will be a critical component to evaluating the impacts these and other conservation measures have on the overall western monarch butterfly population.

To learn how you can become a citizen scientist and participate in monarch butterfly counts in your area, visit the Xerces Society’s Western Monarch County Resource Center. 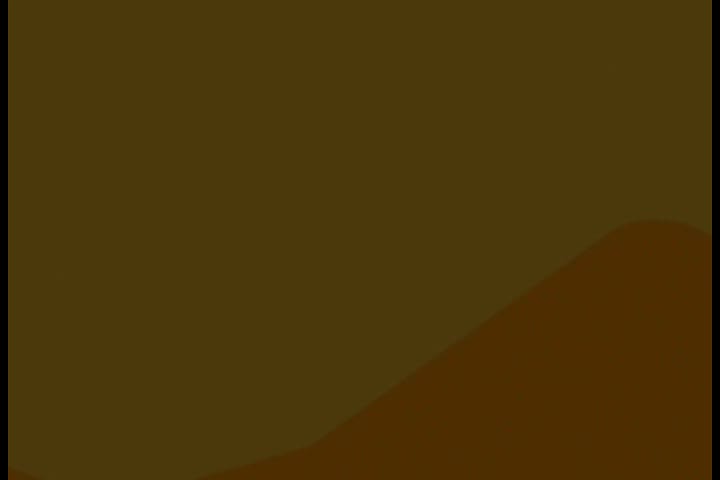