Conserving America’s Birds by Keeping Our Eyes in the Sky 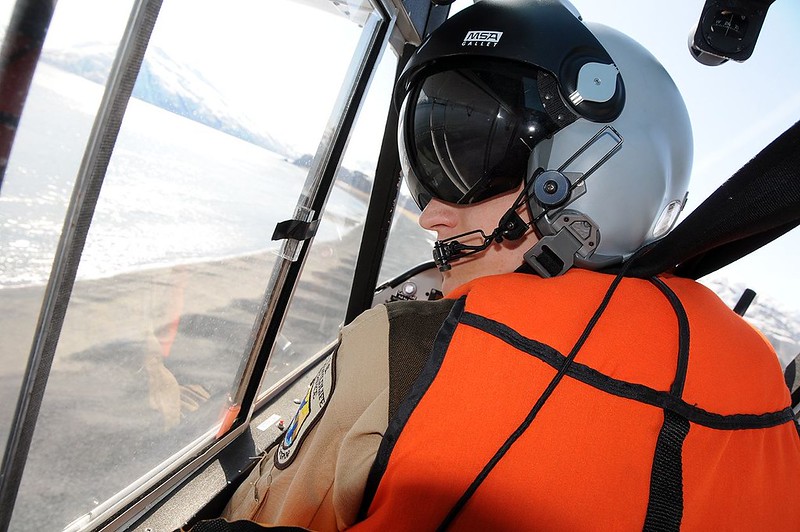 Zinging along at 100 mph, 150 feet above the boreal forests of Canada in a floatplane, the ponds go by in quick succession. A glance by the pilot-biologist to the horizon ahead reveals an infinite number of wetlands. Below the plane, a black bear is patrolling the shoreline while a pair of ducks skitters across the water.

“Buffleheads, pair,” the pilot-biologist calls into the microphone.  Ten seconds later two pairs of black scoters bob on a pond. By day’s end, the pilot-biologist and passenger - called an observer - will have flown more than 500 miles at tree-top altitude and tallied hundreds to thousands of ducks.

RELATED: How Do They Do That?

It is all part of what is believed to be the largest and longest running annual wildlife survey in the world: the Waterfowl Breeding Population and Habitat Survey, also known as the May Survey. 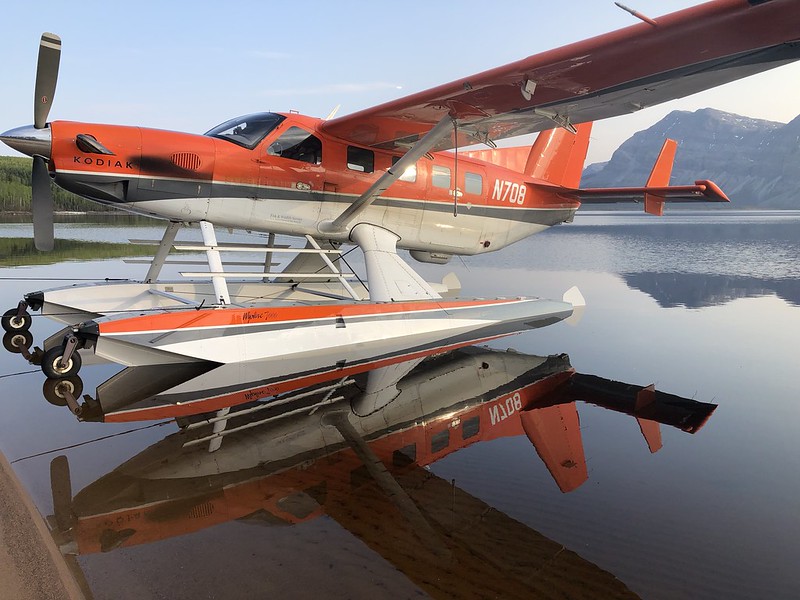 Each spring, more than a dozen pilot-biologists and observers fan out across the North American waterfowl breeding grounds, an area that extends from the Canadian Maritimes west to the Pacific Ocean, and from the U.S. Midwest north to the Arctic. In all, they will fly more than 80,000 miles of transects, counting waterfowl and assessing wetland conditions in an effort to determine the status of waterfowl populations and the habitats that support them.

Aviation is the only tool in this natural resource conservation program that permits such a large-scale survey to be completed accurately, efficiently and safely.

Manned flight has been around for just over 100 years, and for almost that entire time aviation has played a role in wildlife conservation. Around the time Orville and Wilbur Wright took flight over the sand dunes of Kill Devil Hills, NC, factors such as market hunting and habitat loss were taking a huge toll on North America’s migratory birds. The Migratory Bird Treaty Act of 1918 established the first legal protections for migratory birds. To establish regulations that afforded ample hunting opportunity without being detrimental to waterfowl populations, biologists had the challenge of assessing bird populations.

Frederick C. Lincoln, a biologist with the Bureau of Biological Survey (the forerunner of the U.S. Fish & Wildlife Service), envisioned the use of airplanes for conducting waterfowl surveys.  In 1931, he persuaded the Army to take him and a photographer on a test flight over waterfowl wintering on the Potomac River near Washington, DC. The results were promising, and over the next two decades Fish & Wildlife Service biologists - many of whom were former military pilots - helped develop techniques to survey waterfowl using World War II surplus aircraft. 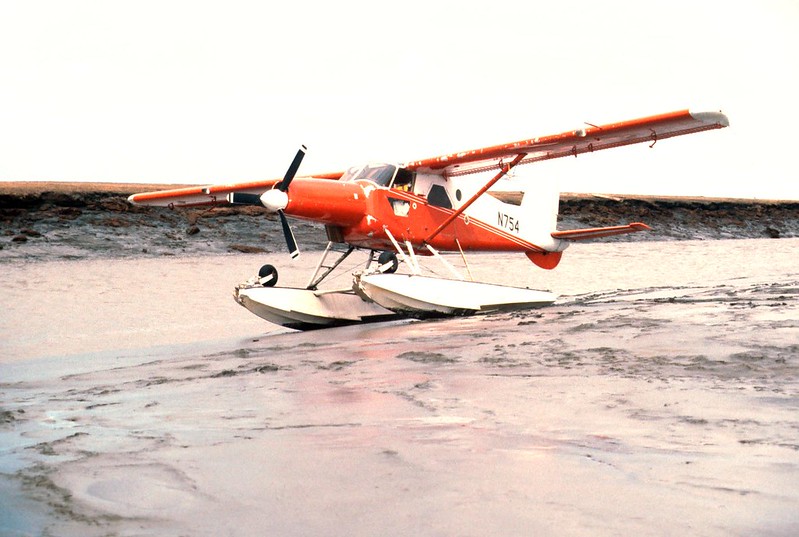 An early and famous survey plane.

The first coordinated aerial breeding population survey was the May Survey in 1955. Additional aerial surveys were established, such as the Midwinter Waterfowl Survey, which was designed to determine the wintering distribution and abundance of waterfowl in the lower 48 states. 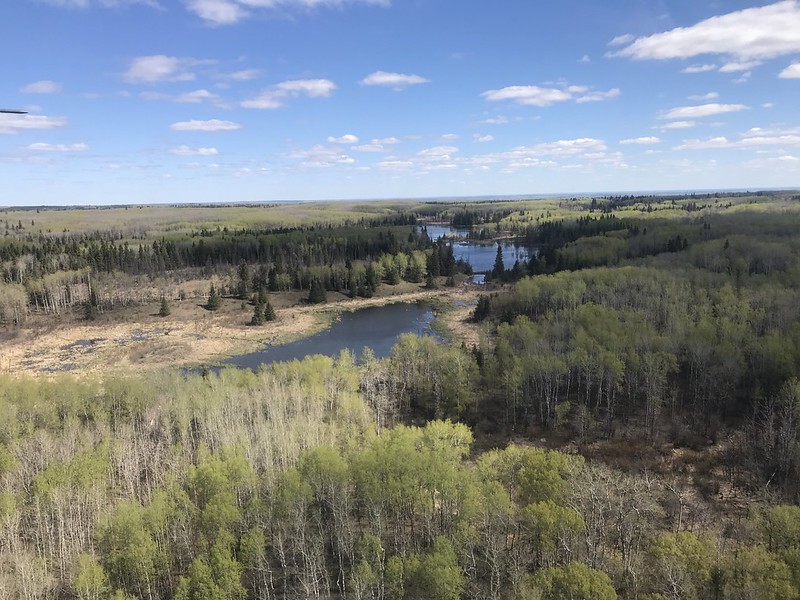 The use of aviation as a conservation tool continued to grow over the decades. Concurrent with the aerial breeding and wintering waterfowl surveys, America’s  National Wildlife Refuge System was expanding. Refuge managers interested in determining how many birds and of what kinds were using the habitats and when, kept pilot-biologists and their planes busy surveying at various times throughout the year. 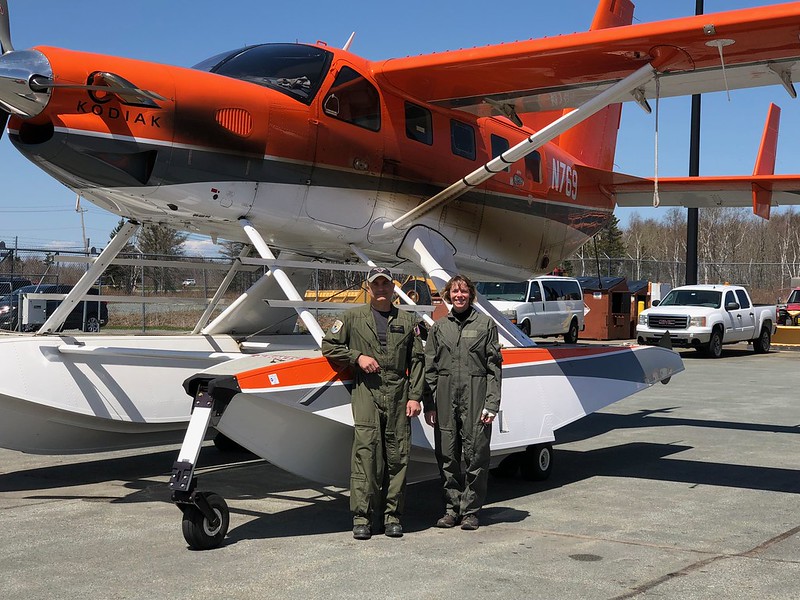 Supporting aviation equipment changed, too. Pilot-biologists who used to plot courses with pencil and paper and stopwatches now use global-positioning systems to locate survey lines or an airport shrouded in weather. Onboard computer systems replaced clipboards for recording data. Cumbersome box cameras like those used by Lincoln have been supplanted by digital sensors that record visible, near infrared or thermal images. Finally, unmanned aerial systems are rapidly developing into a cost-efficient and effective tool for natural resources management, especially for local-area missions. All these advances have increased the functionality of aviation as a wildlife conservation tool.

Aerial waterfowl surveys were the first efforts that used airplanes, and over 75 years later they still provide key support for the U.S. Fish and Wildlife Service’s mission. These surveys provide information on migratory bird population abundance, distribution, and trends, which are important to harvest and population management. Some of our surveys cover vast regions and long time periods, while others focus on single species in small geographic areas. All of these surveys contribute to our understanding of migratory bird populations, and help us make informed decisions to manage them wisely for future generations.