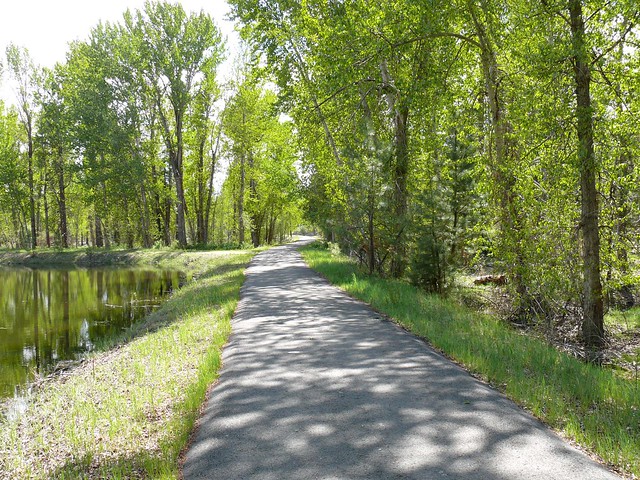 Can something really be popular and important, if we never make time for it?

That’s the paradox outlined in an important new report on the attitudes and behaviors of U.S. adults and children toward nature and the outdoors. The report, commissioned and released today by several partners including the U.S. Fish and Wildlife Service, summarizes the results of interviews and surveys conducted by professional researchers of nearly 12,000 adults, children and parents across the nation in 2015-2016.

Despite what you might assume, the study found that Americans of all ages, backgrounds and ethnicities share a remarkably strong interest in and support for nature. Most felt time spent outdoors provided them with peace, meaning and purpose. And kids indicated that they were healthier, happier and more creative when they spent time exploring nature and playing outside.

Yet despite these positive feelings and broad recognition of the benefits nature can provide, the amount of time Americans of all ages spend in the outdoors continues to decline. Whether it’s increasing development that puts what many people feel is “nature” farther away, or growing competition for our limited time from other activities (especially smart phones and electronic media of all sorts), most Americans report significant barriers to spending more time outdoors.

Perhaps more concerning, though, is that most adults are fine with the limited amount of time they currently spend outdoors. Yet for more than half of them, it’s five hours or less per week! Getting outside used to be the key part of a great weekend. Now, for far too many people, it’s a luxury when there are errands to run or activities to drive the kids to. It’s something to do on vacation a few times a year to special places, because they’ve lost an intimate connection with the natural world right outside their doors.

But kids emulate the adults in their lives. The negligible time we spend in the outdoors is having an impact on their ability and aspirations to go outside. Successive generations are growing up believing that less time spent outdoors is normal, lowering their expectations.

Children surveyed reported spending an average of 6.6 hours per week in the outdoors. Think about that. Our kids are averaging less than an hour per day – and that amount actually declines as kids get older and more involved in other activities.

Less than an hour per day. More than half of all adults, and millions of kids are virtual prisoners in their own homes! In fact, if they were actual prisoners, it would be an international human rights violation to give them less than an hour per day of outdoor time. Yet our kids shut themselves indoors to spend an average of 16 hours per week watching television or using electronic media of one sort or another. And adults aren’t much better.

We have to help them – and ourselves – break out of the virtual prisons we have in many cases voluntarily constructed. But as with any successful prison break, no one can do it alone. 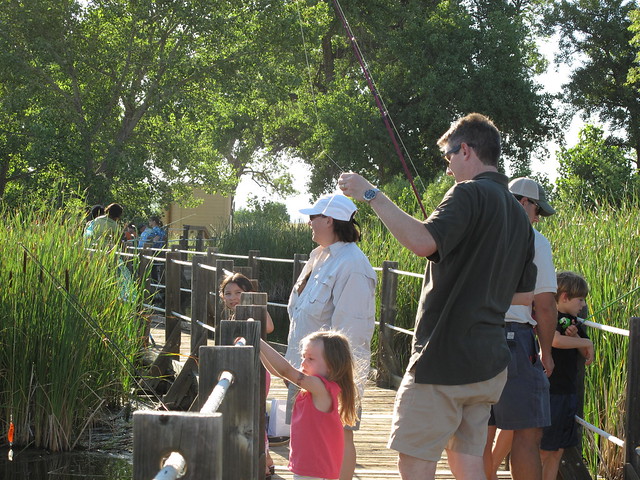 Spending time outdoors is an intensely social activity. Yes, many people of all ages like to spend time alone in the outdoors. But for most of us, the best times we’ve had in the outdoors occur when we have friends and family there to share in those experiences.

Think about your most vivid memories of nature from when you were a child. Chances are, there was someone you loved there with you. Whether it was your first hunting trip with your father, fishing or camping with your grandparents, or hiking a new trail with your mother and sister – these are the experiences that we remember, because they matter. And they matter because being out in nature isn’t just about nature itself. It’s about sharing the wonder with our loved ones.

So what can we do? Fortunately, the report also includes a number of positive recommendations to help reconnect adults, children and parents with the outdoors.

First, we can make nature a group activity. When you want to go outside, invite your friends. Take your family, or organize a trip with your church or community group.

Second, we can redefine for ourselves what “nature” is. For most kids, walking outside and spending time in the woods can be as meaningful and beneficial as a trip to Yosemite. Spending time outdoors doesn’t have to mean backpacking the Great Divide Trail. Taking your family out for a short walk around a local wildlife refuge, or having a picnic at a neighborhood park can be incredibly fun and beneficial.

Third, we can make getting outside a habit.  It shouldn’t be a chore like going to the gym, but making a routine out of outdoor activities and forcing ourselves to stick to it will benefit us in much the same way.

Together, we can help each other reconnect with nature and rediscover our passion for the outdoors.