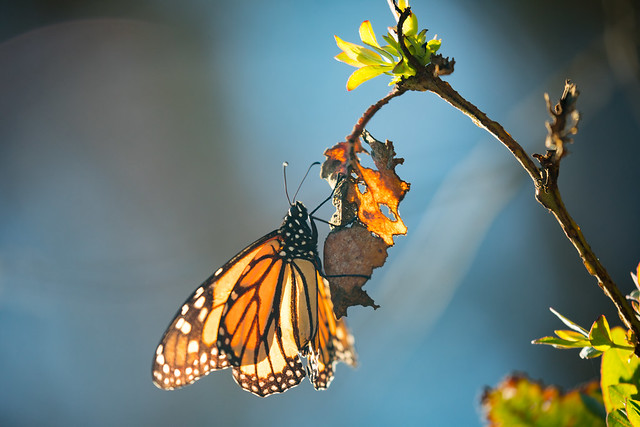 A monarch butterfly has been exposed to the elements. Photo by Lisa Hupp/USFWS

Monarch butterflies are astonishing creatures undertaking one of the most epic migrations in the animal kingdom. Beginning around October,  they fly from central and northern U.S. states and parts of Canada to Mexico and the coast of California, where they form dense clusters high up in the trees and hunker down for the winter months.

In 1997, a few scientists and volunteers in California, inspired by these brilliant insects, began an organized effort to estimate the number of butterflies forming these clusters along the coast, and the Western Monarch Thanksgiving Count was born.

Scientists also monitor the eastern overwintering population in Mexico. This year’s population reports indicate that monarch butterflies continue to decline. The eastern population occupied 7.19 acres of forest, which is a 27 percent decrease from the 2016-2015 occupied area of 9.91 acres. This was due to a series of severe storms that hit at the worst possible time for the monarch. With numbers already significantly down as a result of a variety of human-caused factors, particularly the steady loss of its milkweed habitat over many decades, these sorts of weather events impact the population particularly hard. 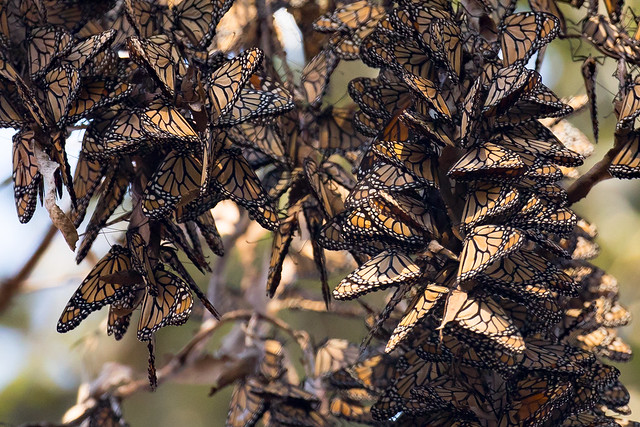 The western migratory monarch population, those west of they Rocky Mountains, typically migrate to the California coast. Photo by Lisa Hupp/USFWS

The number of western monarchs counted this year was slightly greater than last year, but so was the army of volunteers. More than 100 volunteers monitored a record 253 sites and estimated western monarch numbers at nearly 300,000 butterflies. Despite the large effort to count monarchs, numbers were down at many of the historically large sites. This is the single greatest effort since the count began in 1997 and likely accounts for the increase in western monarchs compared to last year.

“This year’s population numbers accentuate how imperative it is for our countries to continue working together to protect and conserve this amazing species - as well as the role every person plays in ensuring a future filled with monarchs,” said Tom Melius, U.S. Fish and Wildlife Service Midwest Regional Director and Service lead for the Monarch Butterfly Conservation Initiative.

“It will take all of us working together in city backyards and across vast agricultural acres, to reverse this population decline,” he continued.

Next month, the Service will release preliminary conservation targets to help plan monarch butterfly conservation strategies. These preliminary target acres identify habitat needed to reverse the downward trend in monarch numbers for eastern and western populations. The best available science demonstrates that monarchs need every land cover type to have enough milkweed and nectar plants across the nation to reverse the trend. This includes private lands such as marginal crop lands, public lands such as city green space, protected grasslands such as national wildlife refuges, and road, rail, utility and other rights-of-ways.

In January, the National Resource Conservation Service strengthened conservation for the monarch butterfly through the Working Lands for Wildlife Program. Through the Farm Bill, this program offers technical and financial assistance to help landowners manage for monarch habitat on farms, ranches and forests. This assistance helps producers plan and implement a variety of conservation activities, or practices, that benefit the monarch, pollinators and many other wildlife species. 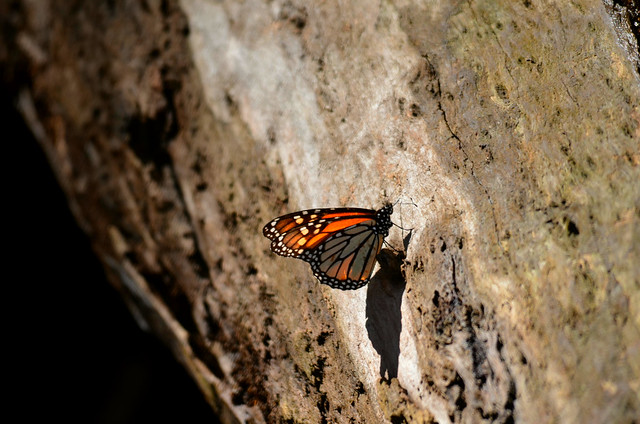 Overwintering monarchs face many challenges for survival which include habitat loss, weather patterns and predation. Photo by Mara Koenig/USFWS

"We are excited to see people mobilizing around monarchs - whether it’s planting milkweed or becoming involved in citizen science,” said Paul Souza, Director of the Service’s Pacific Southwest Region. “Monarch butterfly conservation has all of the monikers of epic conservation – working at large landscapes, having reverberating benefits for multiple species, building new partnerships and strengthening our existing ones, and capturing the hearts and minds of people."

But this is about more than just monarchs. By taking these steps, we also help many other animals and insects, improve water quality, prevent soil erosion, and beautify our landscapes. With the right tools in hand, we will be able to assess the health, sustainability and status of monarchs and other pollinators.

You can help monarchs and other butterflies and bees that have experienced recent declines by planting native nectar plants and milkweed to your area. For a list of beneficial native pollinator plants for your area, please visit this link.

Comments (6)  |
Glad to see decline no longer part of Gore's climate scam.
# Posted By Dave Shirlaw | 2/15/17 11:47 PM
Please work with local government agencies to reduce mowing that is so unnecessary. Also please reduce the number of pesticides sprayed everywhere. After spraying it is like a dead zone around here for weeks
# Posted By | 2/16/17 4:56 PM
Climate change will end all living beings, that and the human being, we are the most destructive organism known on the face of the earth

A greeting. http://www.brico-valera.com/
# Posted By Brico Doors | 2/24/17 5:57 AM
i am in 6th grade i would love to help with the butterflies . Get back to me when you can
# Posted By madison snider | 10/9/17 9:43 AM
Madison, glad you want to help! You can plant a garden for monarchs at your home or school https://www.fws.gov/midwest/news/PollinatorGarden..... Tell your friends about monarchs and what they need to survive https://monarchjointventure.org/get-involved/educa.... Study monarchs in your classroom, with your family or friends. https://monarchjointventure.org/get-involved/study.... Any of these actions will help monarchs. Let us know how it's going.
# Posted By Matt, Fish and Wildlife Service | 11/1/17 10:31 AM
Hey-
I am also a 6th grader, and I'm doing a project on what we can do to save the Monarchs, or at least help them out. Is there someone that I can contact from U.S. Fish and Wildlife Service?
Thank you so much!
# Posted By Pearl | 2/19/18 7:07 PM
Untitled Document