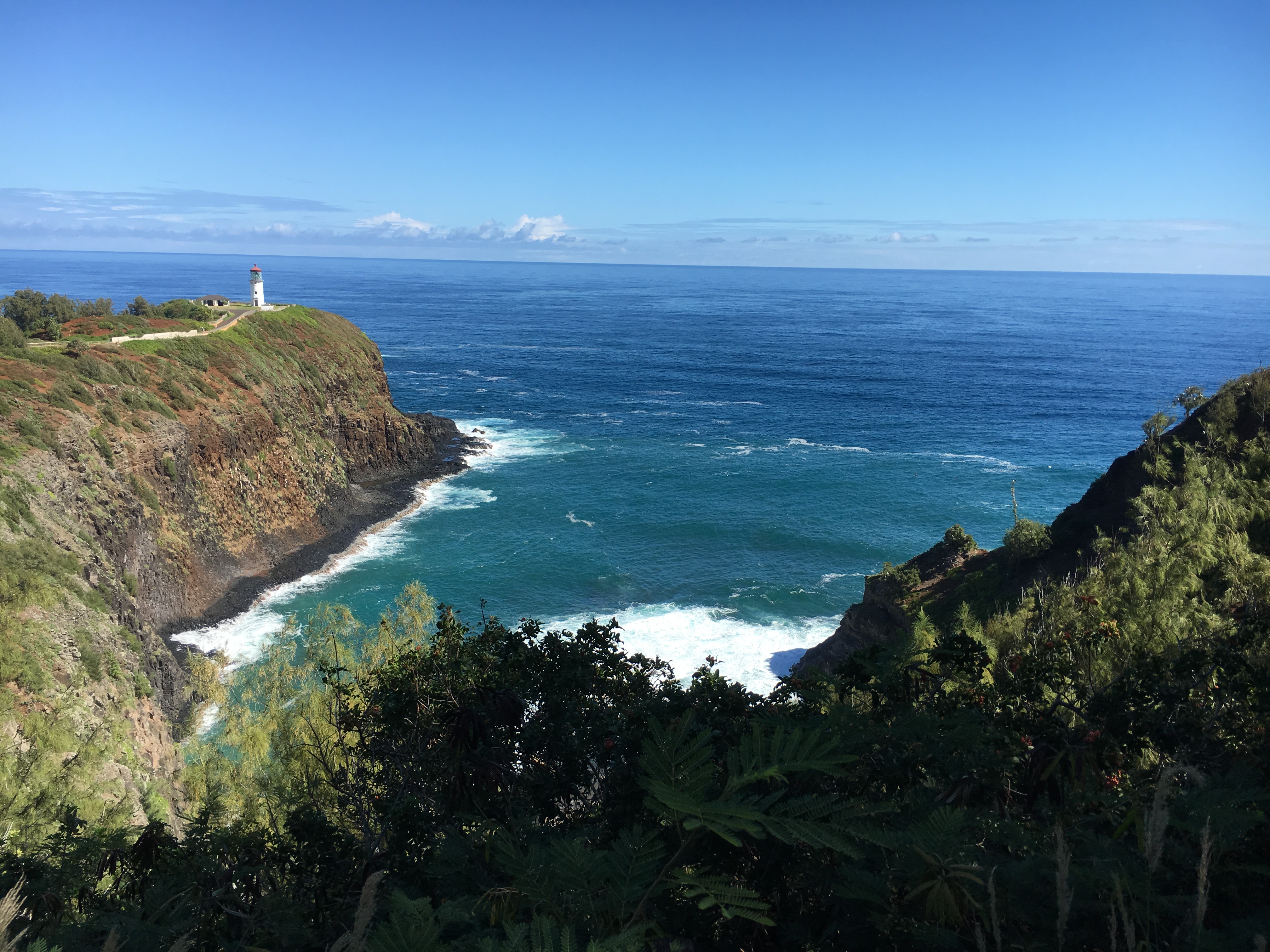 Kīlauea Point National Wildlife Refuge’s dramatic backdrop of steep cliffs plunging to the ocean offers breathtaking views overlooking the Pacific, and it is one of the most popular spots for visitors and residents of Hawai‘i alike, attracting over 500,000 visitors annually!

Kīlauea Point National Wildlife Refuge was established in 1985 to preserve and enhance seabird nesting colonies and was expanded in 1988 to include Crater Hill and Mōkōlea Point. The Refuge is home to the historic Daniel K. Inouye Kīlauea Point Lighthouse, which sits on the northernmost point of Kaua‘i. The Daniel K. Inouye Kīlauea Lighthouse was built in 1913 as a navigational aid for commercial shipping between Asia and Hawai‘i. For 62 years, the light guided ships safely along Kaua‘i's rugged north shore.